The World Intellectual Property Organization (WIPO) is an international organization that aims to promote the protection of intellectual property throughout the world.  WIPO provided PubChem with more than 16 million chemical structures searchable in its patent database called PATENTSCOPE (see this press release). 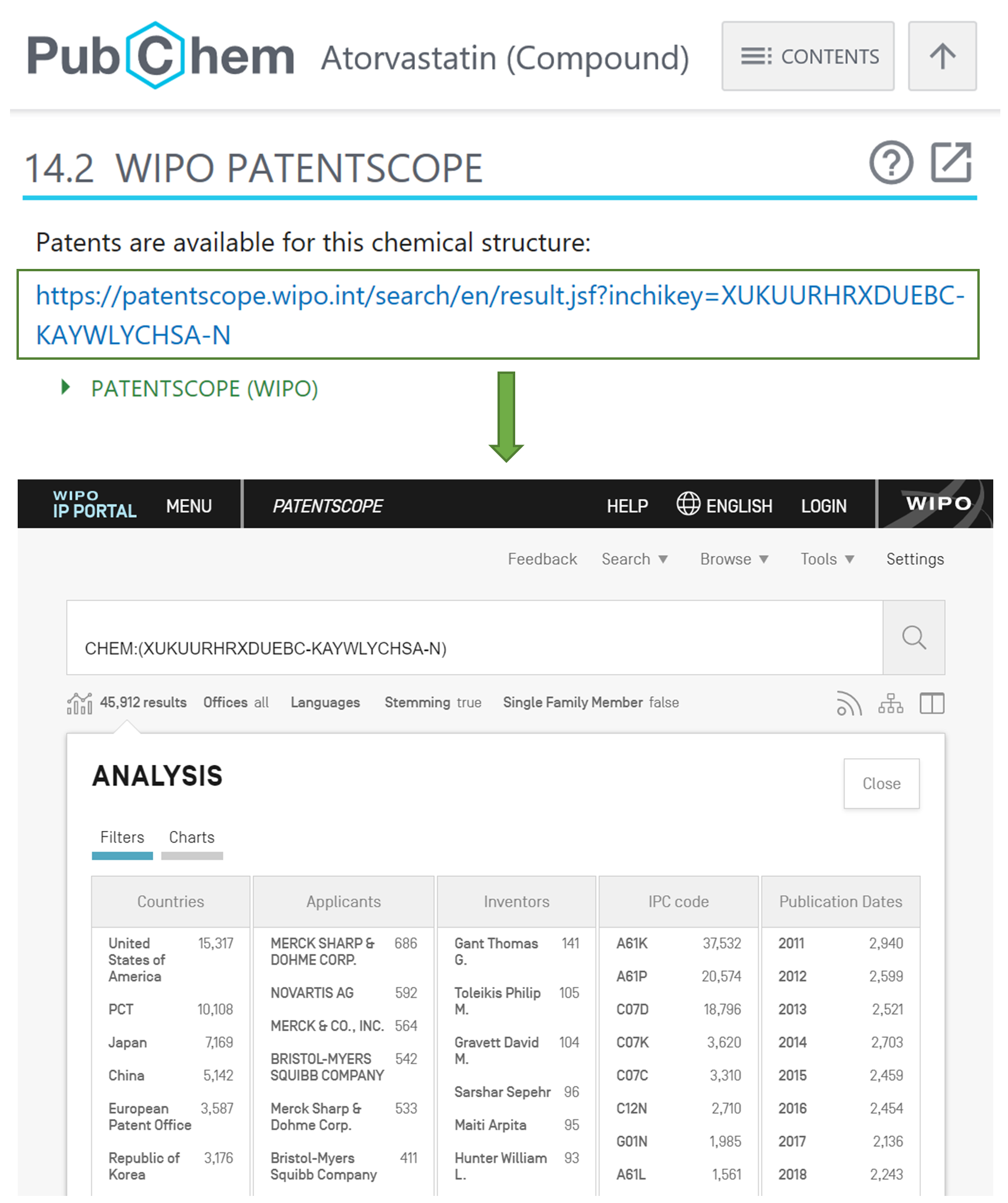 For each of the chemical structures contributed by WIPO, PubChem provides a direct link to PATENTSCOPE, which allows users to perform searches for patent documents relevant to that chemical structure.  For example, the following URL directs users to the “WIPO PATENTSCOPE” section of the cholesterol-lowering medication atorvastatin (CID 60823):

By clicking the direct link presented in this section, users can search PATENTSCOPE for patent documents relevant to CID 60823 and further analyze returned hits using the tools available at PATENTSCOPE.

A list of chemical structures contributed by WIPO can be obtained through the PubChem Source page for PATENTSCOPE:

The integration of WIPO’s chemical information with PubChem makes it easier for PubChem users to find pertinent patent information about chemicals.

The page cannot be found

The page you are looking for might have been removed, had its name changed, or is temporarily unavailable. Please make sure you spelled the page name correctly or use the search box.